Given the opportunity by our partner and Rotary Drum Dryer manufacturer Baker Rullman, JAC Mfg. designed, built and provided on site start up of the control system responsible for a major portion of the process at the Rialto Regional Biosolids Processing Facility.

We successfully accomplished our Scope by providing:

We are very excited and proud to have played a significant role in EnerTech Environmental’s first ever commercial SlurryCarb™ venture.

EnerTech is a waste conversion and renewable energy company whose patented “SlurryCarb” Process converts municipal sewage sludge (i.e., biosolids) into a renewable fuel. The facility is located on approximately 8.8 acres of land at the Rialto Municipal Wastewater Treatment Plant, which is located at 501 East Santa Ana Avenue.  The Rialto SlurryCarb™ facility will produce approximately 170 tons of renewable E-Fuel™ per day from biosolids supplied by five municipalities in the region.  The E-Fuel™ will be used by a local cement kiln as a renewable alternative to coal.

EnerTech estimates that the use of E-Fuel will offset more than 85,000 tons of carbon dioxide emissions per year in southern California.

The Project will employ approximately 15-20 full time employees upon completion and represents a $160 million investment in plant and equipment.

When wet waste is dewatered, it leaves behind a dry biosolid. This byproduct is land filled, burned, used as fertilizer or mixed with compost to produce a viable soil amendment. Yet some states restrict biosolid management and in California strict regulations now limit what water and wastewater utilities can do with biosolids.

One company, EnerTech, invented another option: turning biosolids into clean burning renewable fuels. Through its SlurryCarb process, high temperatures and pressure are used to rupture organic biosolid cells and release moisture. The process turns biosolids into a fuel, similar to lignite coal, with much less energy than conventional drying.

The slurry produced is free of organic pollutants and pathogens and has an energy content of 5,000 Btu/lb. With a shorter drying time – requiring as much as two-thirds less energy than conventional drying – SlurryCarb is about 30 percent cheaper than traditional drying.

This fuel, called E-Fuel, was approved by the California Energy Commission and the Green-e Renewable Electricity Certification Program. To produce E-Fuel, EnerTech needed a full-scale facility so it teamed with companies like JAC Mfg. to build the first SlurryCarb plant in Rialto, California 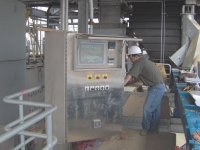 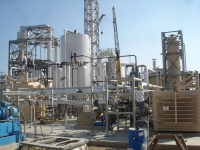 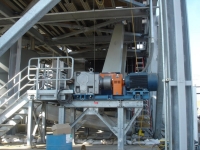 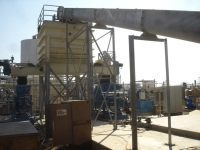